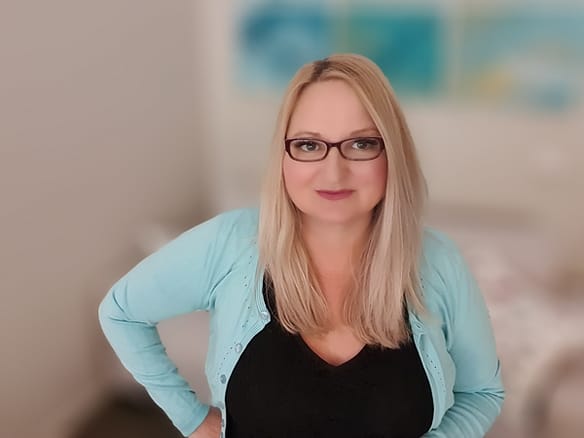 Thank you for being curious about my story. We all have a purpose and I long ago realised that mine was to inspire others to believe in themselves, to dare to dream, and to take inspired action.

This purpose has expressed itself in many different ways. My passion at the moment is helping my amazing students and clients create gorgeous and inspiring card decks.

I do this through showing people how to design and publish their card decks in my Card Deck Creators Toolkit along with card deck strategy calls.

I am also an avid learner and I have harnessed this love of learning, personal development and spirituality in my work and personal life.

Aside from my love of all things business, personal growth, and inspiration, I am author and speaker. And of course, a card deck creator! 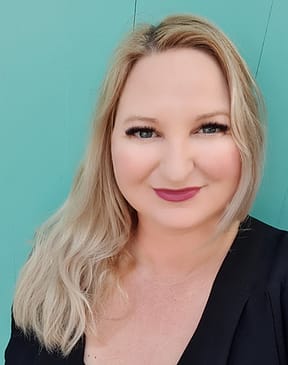 As a committed life-long learner, I am always studying something. I am more focused on learning that certifications. I am particularly interested in personal development and growth as well as spirituality.

My Qualifications and Training include:

I used to be a farmer's wife and I wrote a book with my then husband, Nick Shady, called Who Gets the Farm - A Practical Guide for Farm Succession Planning. Nick is a successful farm and mental health advocate and we wrote this book to inspire farming families to take practical action to create a succession plan. Nick and I are great friends and happily co-parent our lovely son, Spencer.

Since 2015, I have had the opportunity to be a contributing author to a number of anthology books. Participating in these books has been interesting and lots of fun!

I have worked, consulted and volunteered around the world raising awareness for various causes for both corporate and community groups. With a love of travel that started at an early age, I have traveled, trained and worked in seven countries including places such as the United State of America, Nepal, Laos, Burma, and Papua New Guinea.

As a young teenager, I dreamed of being an Aid Worker in third world countries. So after I finished my degree, I applied for a posting with Australian Volunteers International. I was sent to the northern city of Chiang Mai, where I worked with Thai sex workers running an education program. I then worked with young Burmese refugees.

At that time, I met an amazing man who was a refugee from Burma and of the Karen people. We fell in love and soon moved in with each other. I saw firsthand how difficult it is to be a stateless person. He was illegally in Thailand, so whenever we’d see the Thai police, we would feel nervous – and we saw them a lot.

I returned to Australia and we applied for a fiancé visa. It took almost two years and finally he was able to come here. Sadly, our relationship didn’t last in Australia, however, he was able to become an Australian citizenship and is able to work and live in Thailand with his new partner and beautiful children back in Chiang Mai.

After returning to Australia, I worked for Sausage Software and then Accenture. I also continued to work for a number of non-profit organizations. I have been working for myself since the birth of my first child in 2006 and have made many pivots during this time.

As a child growing up in suburban Australia, I was always the odd one out. My mother was a single parent of four children to three different fathers. This was well before it was acceptable to be an unmarried mother, let alone a single parent with multiple fathers.

My mother became a Buddhist around the time I was born and we were brought up with Buddhism as a way of life. My mother was the house keeper and cook for Geshe Dawa in Melbourne and we lived with him and his assistant, Kelsang.

When I was about nine, we went to live in the northern Indian town of Dharamsala so my mother could study with his Holiness the Dalai Lama. This was back in the early 1980s, well before the Dalai Lama was so well known. My little brother, Louie, even became a monk and lived in the Dalai Lama’s compound (I’m not sure what else to call it).

I loved my life in India and I was sad to return back to Australia. Living in India suited me at the time and I was happy that people could pronounce my name. My family is still Buddhist, but I have added my own beliefs in with my Buddhist philosophy of life.

I have long been interested in matters of the spirit and consciousness. I was reading Louise Hay's book, You Can Heal Your Life, when I was in my early teens. Since then I have studied pranic healing, reiki, kinesiology, spontaneous transformation, and other modalities for fun. I am also a qualified Spontaneous Transformation Technique (STT) practitioner, EFT/Tapping therapist, birth doula, and end of life consultant/death doula.

Most recently, I have studied with William Whitecloud and it has totally transformed my life. William's work is centred on being the creator of your true desires. His curriculum is intense and forced me to grow far outside my comfort zone.

I know apply William's superconcious creator methods in our own work with clients as well as in my own life.

Gratitude is the most powerful force in my life. I know that I am blessed. I live in a safe and clean country, I have money, a car, and a house. But most importantly, I have family, friends and clients that I love and who love me back.

We use cookies on our website to give you the most relevant experience by remembering your preferences and repeat visits. By clicking “Accept”, you consent to the use of ALL the cookies.
Cookie settingsACCEPT
Manage consent

This website uses cookies to improve your experience while you navigate through the website. Out of these, the cookies that are categorized as necessary are stored on your browser as they are essential for the working of basic functionalities of the website. We also use third-party cookies that help us analyze and understand how you use this website. These cookies will be stored in your browser only with your consent. You also have the option to opt-out of these cookies. But opting out of some of these cookies may affect your browsing experience.
Necessary Always Enabled
Necessary cookies are absolutely essential for the website to function properly. These cookies ensure basic functionalities and security features of the website, anonymously.
Functional
Functional cookies help to perform certain functionalities like sharing the content of the website on social media platforms, collect feedbacks, and other third-party features.
Performance
Performance cookies are used to understand and analyze the key performance indexes of the website which helps in delivering a better user experience for the visitors.
Analytics
Analytical cookies are used to understand how visitors interact with the website. These cookies help provide information on metrics the number of visitors, bounce rate, traffic source, etc.
Advertisement
Advertisement cookies are used to provide visitors with relevant ads and marketing campaigns. These cookies track visitors across websites and collect information to provide customized ads.
Others
Other uncategorized cookies are those that are being analyzed and have not been classified into a category as yet.
SAVE & ACCEPT